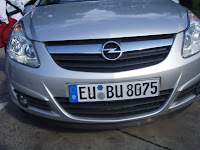 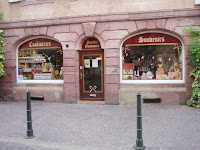 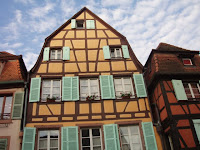 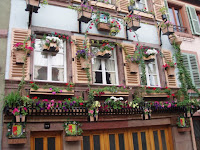 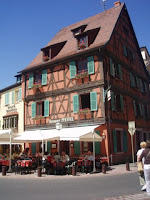 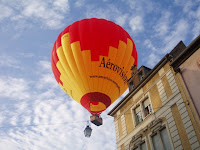 19th-20th May 2007 (Sat-Sun)
Upon arrival at the Frankfurt airport, we drove to Colmar. We rented an Opel Corsa that we travelled in for the next nine days of the holiday. It is a cute, 2-door car. Sufficient for the two of us.
The distance from Frankfurt to Colmar is about 290km. We took more than 3 hours for the journey because we stopped a few times to take pictures. Really can't miss the opportunity to click the camera which was at my disposal since Monsieur A need to have both hands on the stearing wheels! The good thing is that we did not have to pay a single euro for toll!
Colmar is situated in northeastern France. Colmar's attractions are its crooked houses, half-timbered and painted, on crooked lanes – all extremely pretty.
Initially, we did not plan to sleep in Colmar. But both of us were just too exhausted to drive on. I suppose it was the jet lag and the walk around Colmar that made us just want to sleep and rest for the night in Colmar...
The next morning..., imagine a Sunday morning! Of course most people are still in bed... but we had to be up early since it will be another traveling day. But before we left Colmar we were lucky to be able to wave at some adventurous lot who were having fun in a hot-air balloon. We had a fun time waving at them!
Created by Madame A at 11:14 pm 1 comment:

GETTING TO KNOW ME

Madame A
I am married to Abd Rahim Ahmad, a Kedah guy. I first met him in the land where you can find many kangaroos and koalas! We got married on 12 April 1985, can't believe it sometimes.... Come to think of it, I might be the oldest, female blogger in Selangor!!! I am blessed with 3 girls and a boy - Arifah, Afifah, Afiq and Atiqah. All my children have names that begin with the letter "A". The reason is obvious.(Would you like to guess?) Arifah and Afiq are married. I now have 3 grandsons, Anas Zaim and Ammar Zaid are Arifah's son. Adam is Afiq's son. Arifah is married to Shafiq Ashraf. And Afiq is married to Ummi Fatehah.